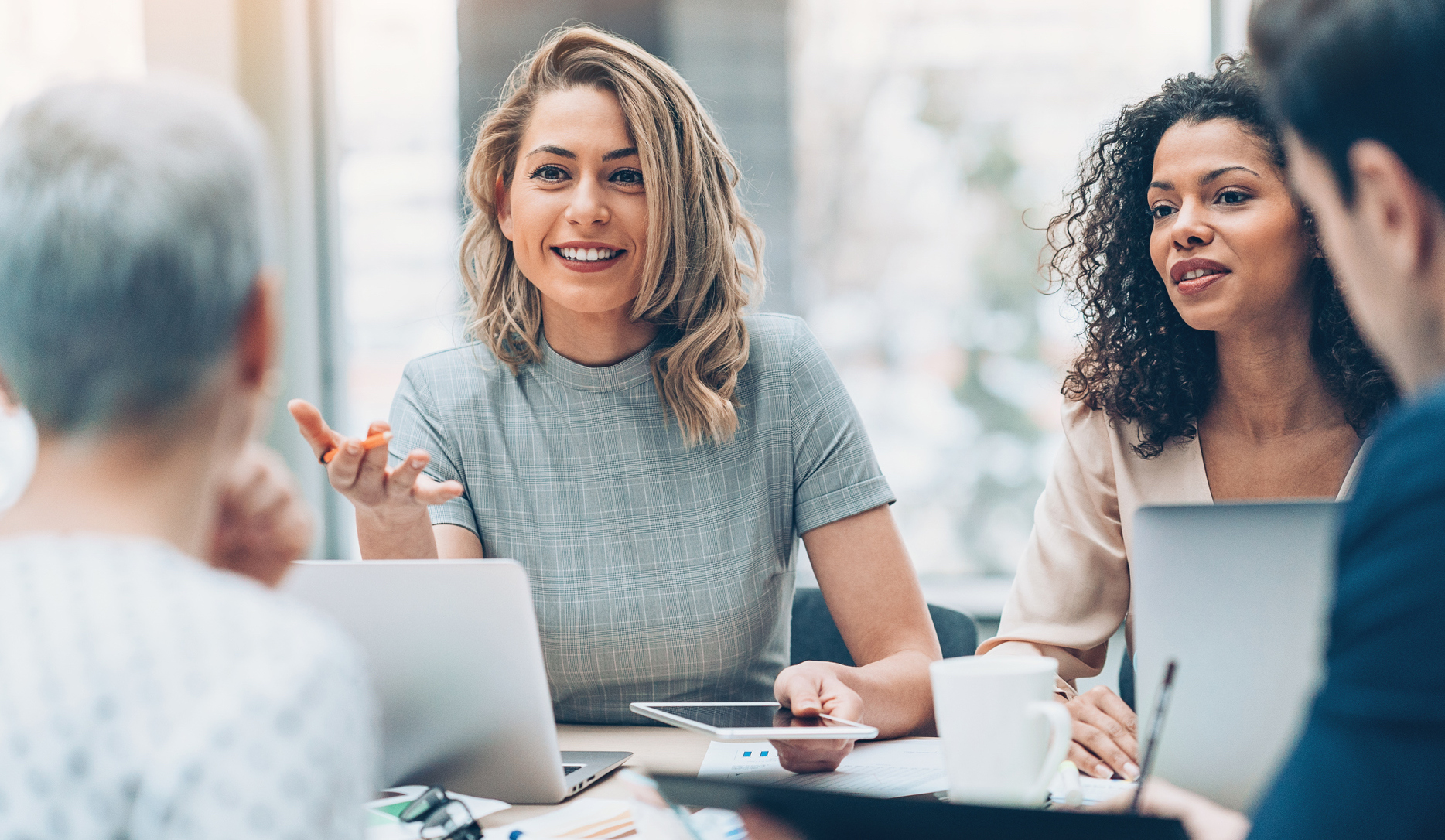 It’s International Women’s Day and, this year, the campaign is #choosetochallenge.

Here, Wendie Michie, Zoomforth CEO, reflects on 30 years of working in male-dominated industries, discusses gender inequality in the workplace and shares some of the initiatives Zoomforth has implemented, to champion and support women in tech.

Have you ever found it hard to get a job because of your gender?

Only once. I was working for a bank and wanted to apply for a role as a financial planning consultant with the same firm. It was the late 80’s. I was discouraged from applying by my boss as he thought it might be too much for a young girl like me to take on! Ignoring his advice, I studied hard for the required qualifications and then pleaded with the interviewer to give me a chance. He did, and I became the first female (and youngest member) of the financial services team.

Have you ever experienced gender inequality at work?

In general, I have been extremely fortunate to work with a wonderful array of respectful and supportive colleagues, both male and female. I do remember a couple of instances, early on, though, that make me cringe to think of now.

On one occasion, my boss asked me to run and put some more make-up on, to look ‘more appealing’ for a client tax consultation! On another, the same guy told me: ‘Wendie, you need to try and make your voice sound deeper on calls if you want to be taken seriously’. He firmly believed that a woman’s place was in the home and was less than enamoured with having me on his team! Until I quietly started bringing in a lot of new business …

Have you ever been paid less than colleagues at a similar level to you?

Not to my knowledge. As a Board member, my salaries have generally been in the public domain, along with my fellow directors, and I have never felt unfairly treated in that regard. That said, I have always looked for firms that have transparent pay policies as I think this says a lot about their integrity.

Have you ever been the gender diversity hire (or suspected that you were)?

I once found myself at a firm where I was the only female in a team of 40. When the weekly team meeting rolled around, everyone looked to me to put the kettle on. And I did. I didn’t even question it! (Don’t judge – I was very young).

Fast forward 25 years – I was approached by a well-known insurance company to sit on its board as a non-executive director. It was 2016 and followed Lord Davies’ recommendation that FTSE 350 companies should include 33% women by 2020. Entering the interview room, I was greeted by ten grey-haired, middle-class white men, all dressed in tweed. It became clear very quickly that they were just seeking to tick a box, and so I declined the role.

I sometimes wonder if that was the right decision, or whether I should have accepted, and tried to change things from within, but I chose to put my energy into companies whose values aligned with my own and I’m good with that.

Who are your female role models?

I am a big fan of Alex Polizzi for her business acumen, passion and forthright delivery. I also love the work that Mary Portas is doing to champion the cause for women, with her Work Like a Woman and Kindness Economy initiatives.

What is the gender split of Zoomforth’s senior leadership team?

Our senior team includes 4 women and 2 men so we’re 66% female. That said, we have many more men than women working at Zoomforth overall. Whilst we recruit based on competence, not gender, we are keen to encourage more women into STEM / tech-based roles at Zoomforth as we expand.

What are you doing differently at Zoomforth, to ensure gender equality?

In a recent diversity and inclusion workshop, we learned of the research that showed that men apply for a job when they meet only 60% of the qualifications, while women apply only if they meet 100% of them. So, we looked at our recruiting processes and remuneration packages, in a bid to encourage more women to apply for roles.

1. Recruitment literature – We use our own product (a microsite platform) to showcase life at Zoomforth. This allows us to include personalized videos and photos of the team, as well as information on our company and culture. We’re careful about the language we use, so it doesn’t sound overly masculine and we make clear that we are an equal opportunities employer. See example.

2. Published pay scales – We include pay scales on our job postings, so that candidates know the rate is the same, regardless of gender.

3. No resumes / CVs – We no longer ask for CVs. Instead, we ask candidates to complete an application form that allows them to focus on what they can bring to the party, rather than what they may or may not have done before. This makes it more of a level playing field for those who maybe have no college degree or took time out to bring up kids.

5. Flexible working hours – We are not a 9-5 company. We recognise that family comes first and so we’re very flexible about working hours, as long as the work gets done.

6. Remote working – Everyone works from home which makes it easier to fit in household chores around work commitments, when needed.

7. Wellbeing perks –  We know how hard it can be to juggle a busy work and home life so we offer wellness allowances which employees can spend on anything that promotes mental or physical wellbeing. The team uses these for all kinds of things from massages and facials, to cleaners, yoga classes, fresh veg boxes, running shoes & books. We also offer mental health days each month where employees can take time out, on us, to decompress!

Finally, what advice would you give to young women, just starting out?

It’s ok to be a girl! Don’t apologise for it or try to be more masculine to fit in. When the time comes, don’t feel guilty about putting your family first. And have confidence in your abilities; you’re worth far more than you think.